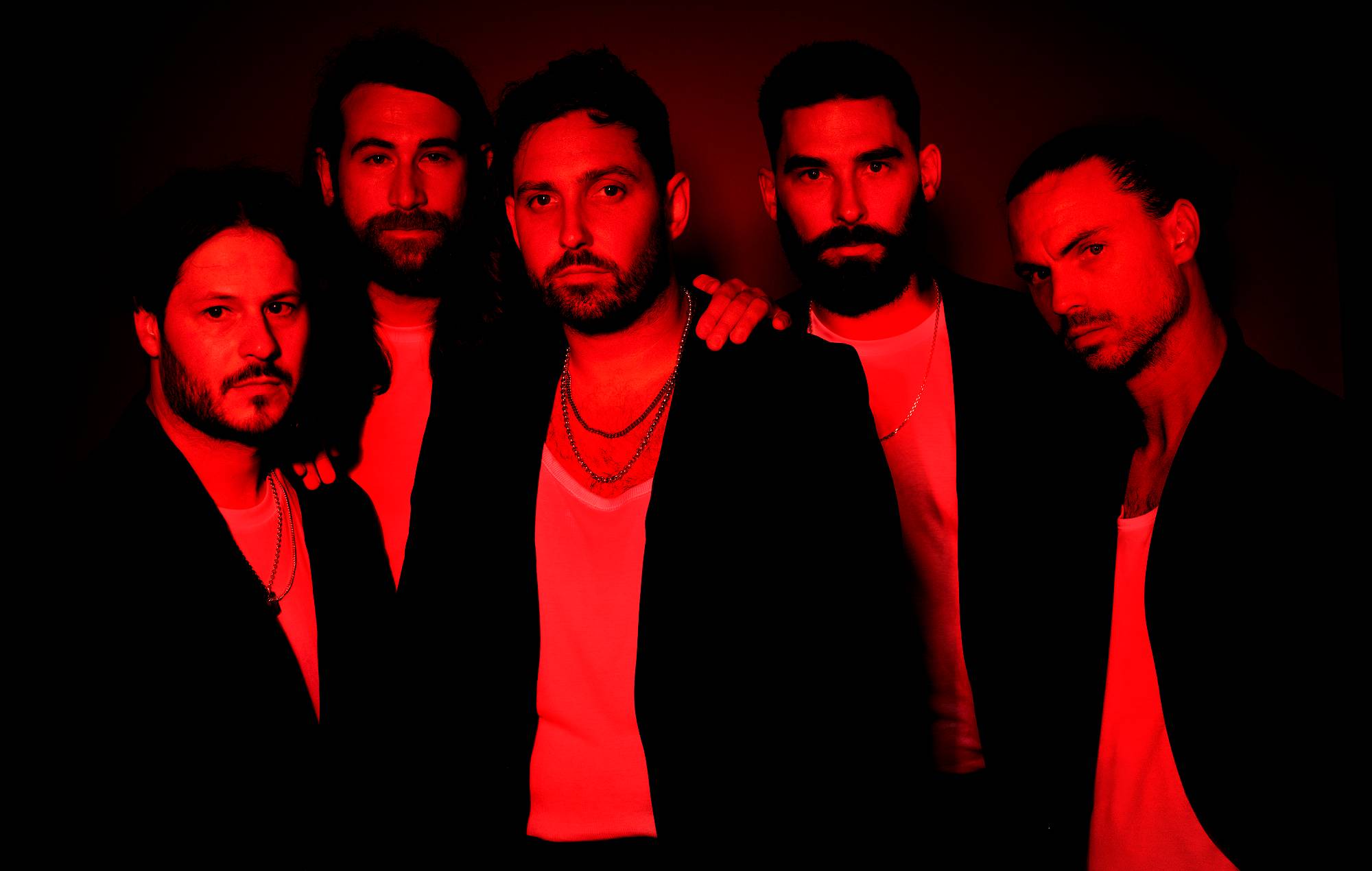 You Me At Six tell us about new album ‘Truth Decay’: “No one can do it like us”

You Me At Six have confirmed details of their eighth studio album ‘Truth Decay’ and shared new single ‘Mixed Emotions (I Didn’t Know How To Tell You What I Was Going Through)’. Check it all out below alongside with our interview with frontman Josh Franceschi.

Described by Franceschi as “quintessential you Me At Six with a twist”, ‘Truth Decay’ is due for release on January 27.

“At the start of the process, the whole band sat down and spoke about who we thought You Me At Six were, what others thought of us and who we’d like to be,” he said.

The record comes previewed by the single ‘Mixed Emotions (I Didn’t Know How To Tell You What I Was Going Through)’ – which the frontman said “represents ‘Truth Decay’ the best,” and started life as a poem Franceschi had written.

“It’s about the five of us in the band and how I wish we could have been better to our younger selves, both collectively and individually,” he said.

“We’d have been able to get through stuff a lot better if we knew how to communicate our feelings, but up until recently that conversation really wasn’t encouraged. Back in 2009, if you felt so low you didn’t want to get out of your bunk, you were told to just get on with it.”

He added: “The song is about challenging the stigma of mental health in men, but it’s also about being accountable. I hope young men hear it and think about treating their mates a little better by cutting out the toxic masculinity.”

Last year’s ‘SUCKAPUNCH’ saw the band “try a lot of different things and unlocked a few different doors for us,” said Franceschi, adding that “the goal with ‘Truth Decay’ was to create something that was more in line with when we felt like we really knew who we were.”

The singer also explained how previous single ‘Deep Cuts’ was the first track written for the record, and set the lyrical course for ‘Truth Decay’. “If I’d written another song about a breakup or a boy/girl relationship from my point of view, the whole record would have been very different,” Franceschi said. “But ‘Deep Cuts’ was written about the people I love who aren’t loving or valuing themselves the way I believe they should be loved and valued. It gave me a whole different space to write from.”

He went on: “Because of everything we’ve been through over the past few years, it is an emotionally complex record. It was important for me to be genuine about what I was seeing around me. I was compelled to write about things that felt visceral.”

Feeling “a duty of care to be as vulnerable as possible” and the “need to say it as straight up as you can”,  the singer hoped that “someone showing that willingness to be open and empathetic” would “create beautiful things.”

With the previously released ‘Deep Cuts’ and ‘No Future? Yeah Right’ – featuring Rou Reynolds of Enter Shikari – Franceschi said the reaction to this new era has been “really exciting”.

“Across the board, people have been saying they’ve got their favourite band back and people really get what we’re trying to do, which is sound like classic You Me At Six but better,” he said.

“We did sit on this record, wondering if we’d done the right thing. Our biggest thing has always been not wanting to bore our fanbase. We’ve never been one of those bands that has 15 albums that all sound the same. I’m not saying we’ve reinvented the wheel on any of our records, but we’ve had a fair crack at trying to move ourselves into different spaces, to try and keep things interesting.”

So why now for this return to their emo roots?

“There’s nothing better than healthy competition,” said Franceschi. “There’s a very obvious revival of the scene that has become really poignant and I just saw a lot of other people doing it and thought, they can’t do it like us. They woke up a sleeping giant.”

He continued: “I’ve really enjoyed seeing what other people have done with this emo sound, but there is a reason we were known as the British band that did it. We did it best back then, and I want to prove that we can still do it the best now.”

Franceschi argued that he believes pop punk, emo and alternative music is making a comeback because “people are pissed off”.

“You’ve got a whole generation of kids feeling misrepresented, misunderstood and nothing they’re saying is being taken seriously by those in charge,” he said. “It’s exactly the same shit that was happening when I was younger; the rich making the rich richer and marginalising the voiceless even more. Any music that empowers those young people is going to be important.

“Yungblud has done a brilliant job of rejuvenating that punk spirit, celebrating differences and showing how colourful society should be. Now more than ever, you need that solidarity.”

A post shared by You Me At Six (@youmeatsixofficial)

However, Franceschi went on to say that ‘Truth Decay’ isn’t a political album. “Just because I’ve lost complete and utter faith in the system, doesn’t mean I’ve lost faith in people,” he insisted. “‘Truth Decay’ is a record which is defiant in its love for people. It’s about self-worth self-love and acceptance, rather than doom, gloom and self-sabotage.”

Having gone into the creation of ‘SUCKAPUNCH’ thinking it would be the final You Me At Six album, Franceschi said that he was now hungry for all that’s still to come.

“Because it was released during the pandemic, ‘SUCKAPUNCH’ became a crutch for people,” he concluded. “On this one though, we’re blazing a glorious trail. This is the band we’re meant to be. It was good to reclaim our sound.

“What happens next is an open-ended question but I’ve spoken about headlining Reading Festival since I first went when I was 17-years-old. There have been moments where it’s felt close, and other moments where that dream has felt really far away. Right now, it feels closer than it has in a long while.”

The ‘Truth Decay’ tracklist is:

The band are currently on a sold-out tour of the US, with UK dates coming in 2023. See full dates below and visit here for ticket details.