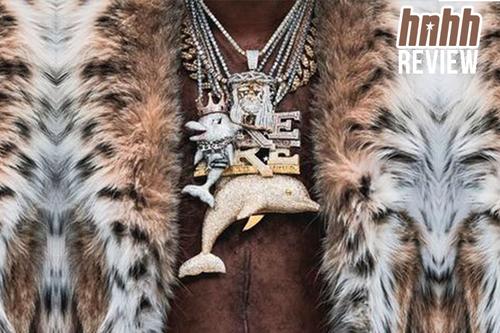 Gunmen tried to murder Young Dolph twice last year, and one them even hit him three times. Most people would be terrified. Dolph, however, is not “most people.” Instead laying low or retaliating, he’s released an EP named after a nonchalant Cam’ron line from Paid in Full: “N****s get shot every day, B.” If Eminem actually carried out the competition he once proposed on Dr. Dre’s “What’s The Difference,” in which the person who most convincingly yells “I just don’t give a fuck!” wins, it wouldn’t even be close. Young Dolph is fully committed to not caring.

N****s Get Shot Everyday isn’t Dolph’s first release since he was shot in L.A. last September— that would be October’s Thinking Out Loud— but considering how quickly it dropped, that album seemed like it was primarily recorded before Dolph’s two-week stint in the hospital. For this new EP, he devised a title similar in theme to Bulletpro, his Spring 2017 album that followed the first murder attempt. But unlike that project’s sneering, triumphant tone, best illustrated by the carefully-arranged song titles, NGSE barely acknowledges the shooting. It is a “response,” per se, but one where Dolph’s stance is delivered attitude rather than subject matter. Presented with little explanation, his clear message is that ignorance is bliss.

In the opening line, Dolph tells us that he never “changed for a bitch,” and that unwillingness to budge colors every ensuing lyric. He clearly doesn’t want to get close to any women, even claiming to have pulled out after one tried to kiss him, and gives us plenty the standard-issue “no love for these bitches” party line throughout. Most interpersonal interactions are also a no-go: he’s got a bad attitude like Charles Barkley, won’t apologize for fending you, and won’t even hit the weed you just passed to him. Dolph’s mentality on NGSE rests squarely between “fuck it” and “fuck ’em,” two phrases he raps on multiple occasions, and he revels in nihilism and distancing himself from others. Even when he’s explaining how dire circumstances affected his decision to start selling drugs, he brushes f poverty like it’s a girl who won’t stop calling him: “Told my mama I ain’t with that starvin’ shit no more.”

Buddah Bless, the EP’s primary producer, as well as Dolph’s longtime collaborator Izze The Producer, further emphasize this closed-f mood with their beats. Most take minor-key melodies that would sound creepy if EQ’d differently, and outfit them with high-gloss sheens, full bass tones, and huge drums that wouldn’t sound out place on a Rick Ross album. This is a celebration negativity, a party where everyone shows up in new designer clothes and then spends the whole night shooting sour looks at each other from across the room.

There are a few glimpses emotion on NGSE, mostly a sense success tied to money and family (the moment when Dolph gets courtside seats for him and his son is the only moment on the EP that could be considered “heartwarming”). The only time pain, anguish, or sadness are even hinted at is when Dolph discovers that a partner faked his credentials: “Found out that he wasn’t real, that shit brought me to tears.” There’s some humor (“Put a dick in your ear, fuck what you heard”) and some gross attempts at humor (“Drop a pill in her drink like Bill”), but compared to the rest Dolph’s discography, NGSE is the coldest, most straight-faced we’ve ever seen the usually-playful rapper.