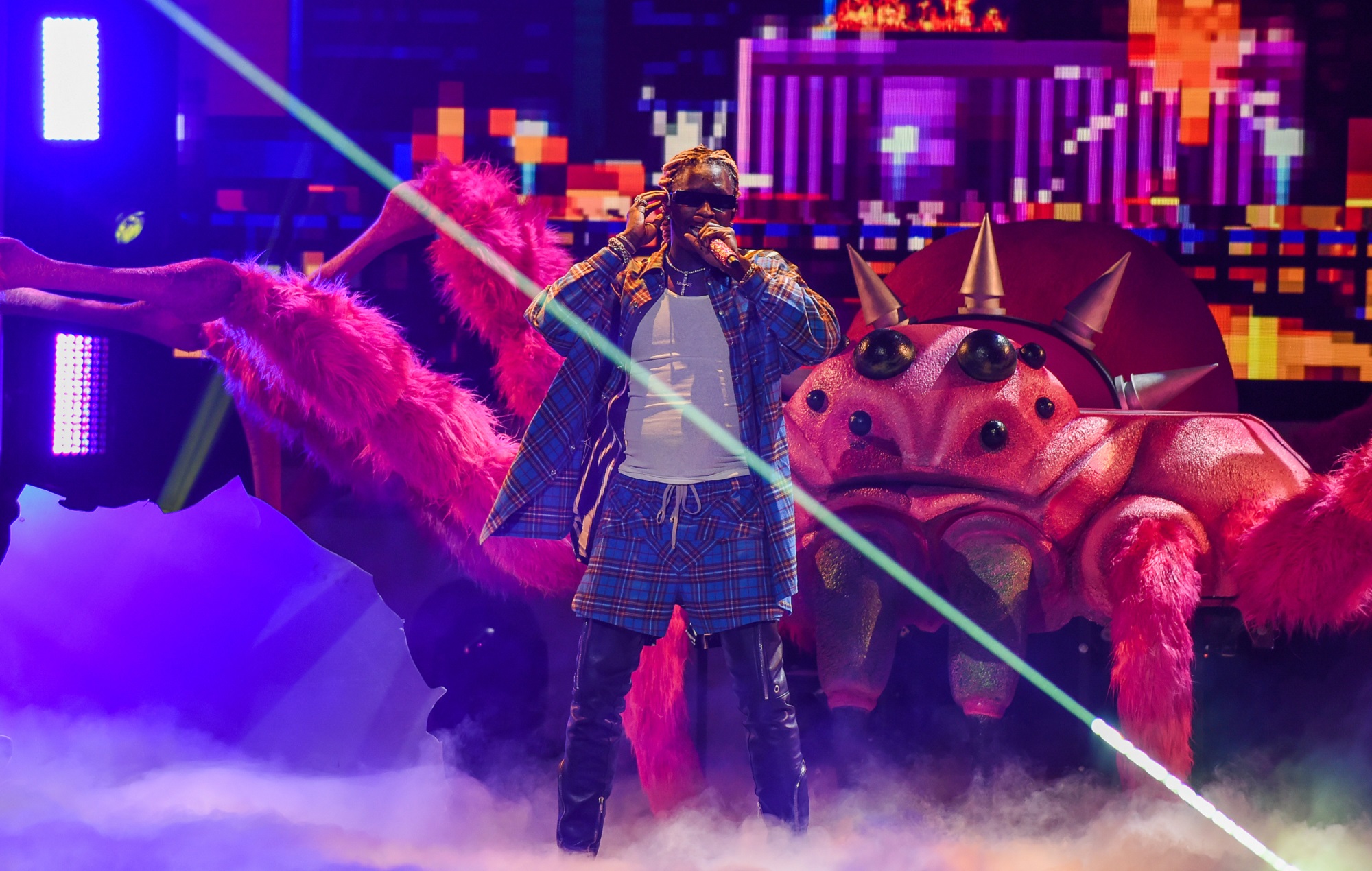 The rapper provided the soundtrack for the brand’s Spring 2022 ready-to-wear collection show at the La Défense Arena in Paris, which included as-yet-unreleased music from his next album.

According to Vogue, the show’s creative director Matthew M Williams said that it was Young Thug’s idea for the show to take place on a large scale. The music was written especially for the 40,000 capacity venue.

‘Punk’ will be released on October 15 through Young Thug’s own label, Young Stoner Life Records. It follows a 2021 compilation album from the label, ‘Slime Language 2’, which Young Thug also appears on.

In August, he shared the punchy first single ‘Tick Tock’ along with a heavily stylised music video directed by Emil Nava, having already debuted the track live during a gig for NPR’s Tiny Desk series

Young Thug will mark the release with an appearance on Saturday Night Live the following evening (October 16) on an episode hosted by Rami Malek.

Back in June, it was announced Young Thug would make his acting debut in Throw It Back, a forthcoming film produced by Paul Heig and Tiffany Haddish.

In April, Young Thug and fellow rapper Gunna posted bail for 30 low-level inmates, who were unable to afford the costs themselves. Footage of the pair doing so was later compiled into a music video for their collaborative track ‘Pay The Fine’.