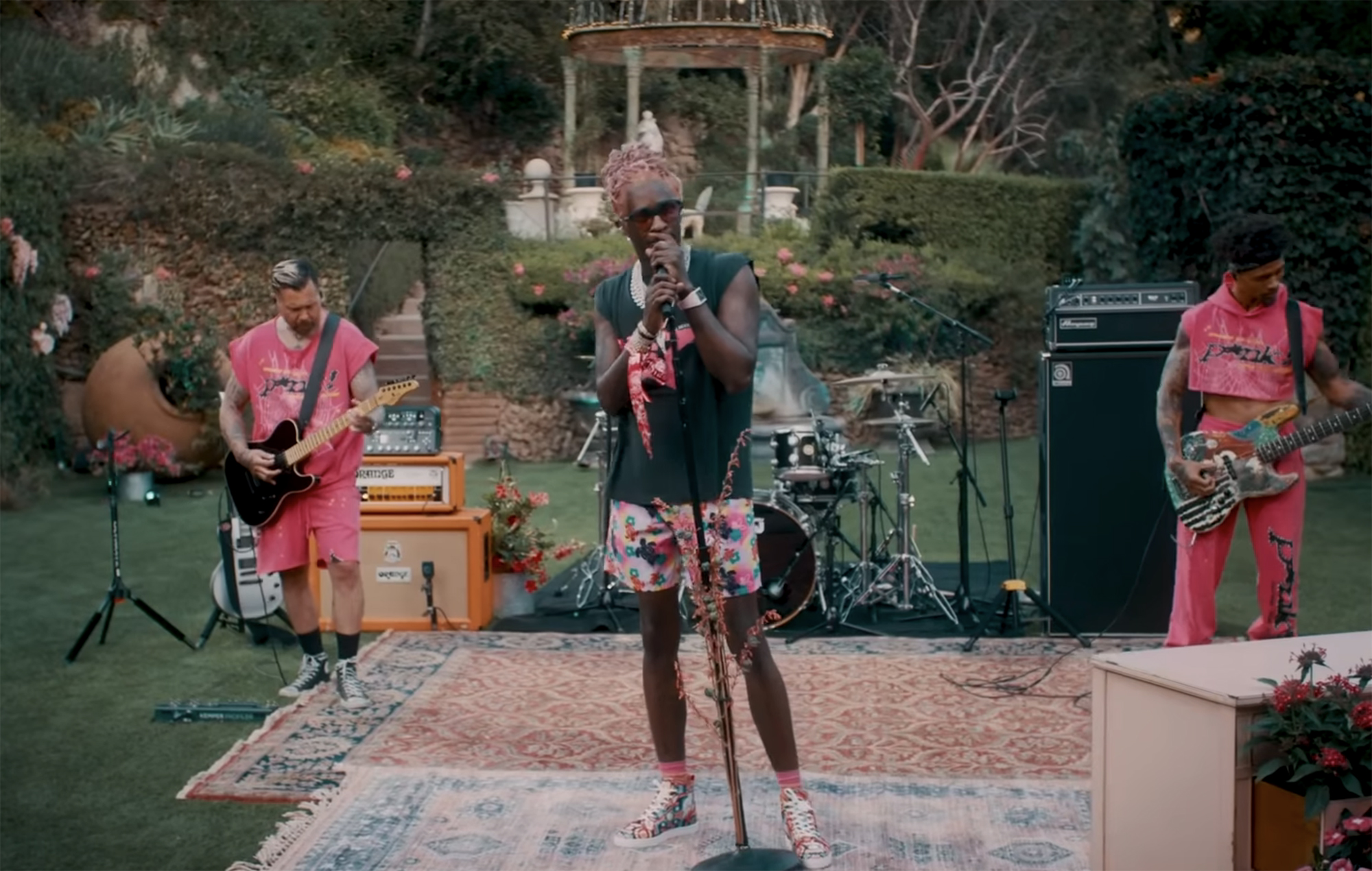 Young Thug is the latest act to perform for NPR’s Tiny Desk (Home) Concert series, where he premiered a number of new tracks from his forthcoming punk album.

The concert was filmed in the gardens of the Houdini Estate in Los Angeles. The setlist included four new songs – ‘Die Slow’, ‘Droppin’ Jewels’, ‘Hate The Game’, ‘Tick Tock’ – and a reworked version of ‘Ski’, where the rapper was joined by blink-182 drummer Travis Barker.

According to the video’s description – as well as the back of Young Thug’s shirt – ‘Punk’ is due out October 15. It follows on from his 2019 solo album ‘So Much Fun’.

“Thug is using his Tiny Desk debut to usher in his next era, one that’s meant to represent ‘authenticity, consciousness and overall purity’,” Tiny Desk producer Sidney Madden wrote.

“The Grammy winner’s rhymes slither along smoothly no matter how rough the music, taking fans on a journey of energy and emotion.”

Young Thug has mentioned releasing a punk album as far as 2019, when he discussed the project with The FADER.

“It’s most definitely touching music,” he said. “It’s music that the world is going to embrace.

The rapper also previewed ‘Tick Tock’ during his performance at Rolling Loud Miami over the weekend.