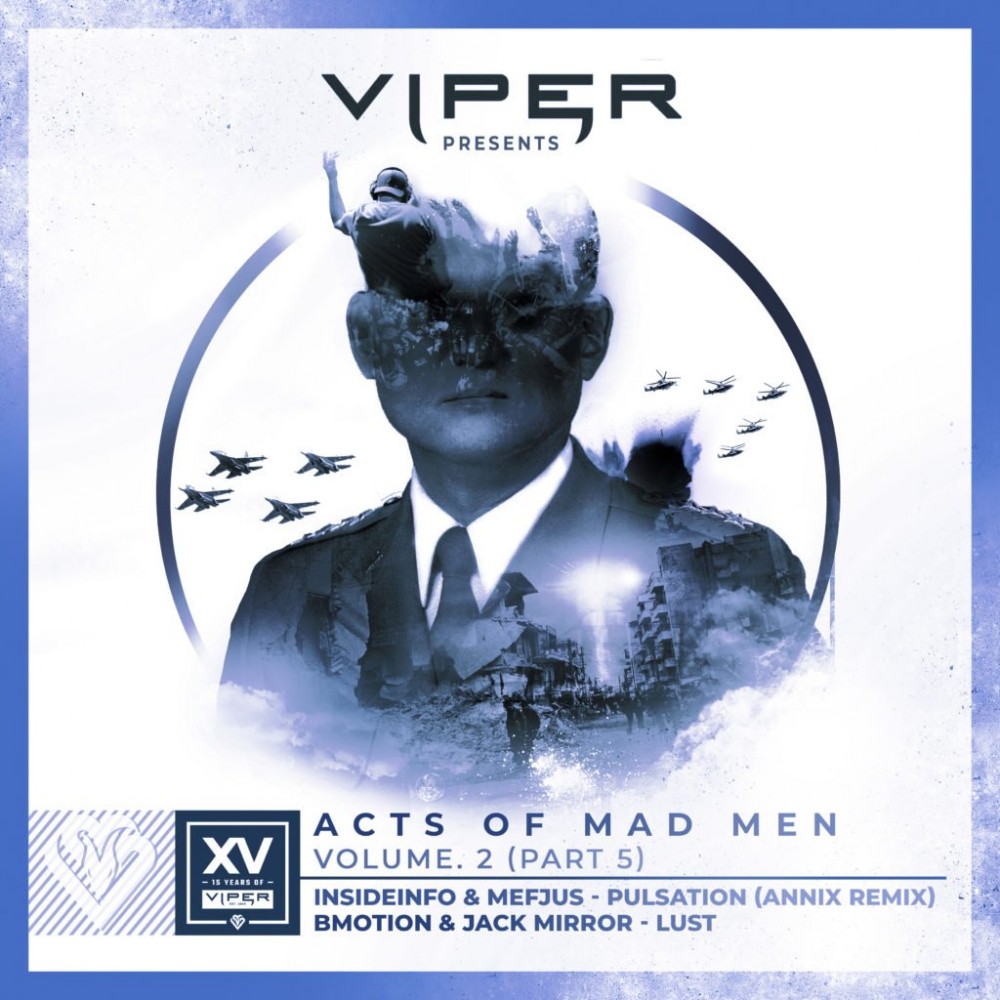 Your EDM Premiere: Viper's 'Acts of Mad Men' vol.2 Teases Yet another Massive Single With 'Lust'

With the celebration of Viper’s 15 year anniversary, the imprint is reintroducing one of the things that put it on the map. The first Acts of Mad Men, released ten years ago, was a two-CD compilation album featuring heavy hitting tracks by the up-and-comers of the time, almost all of whom are now household names. Metrik, Camo & Krooked, Delta Heavy, Brookes Brothers, Nero, DC Breaks and label boss Futurebound himself all contributed tracks and all those tracks are now considered classics.

Ten years later, Viper has been teasing the hell out of the second coming of the Acts of Mad Man project and it stands to have much the same effect on the D&B landscape as the first compilation. Thus far, Magnetude, InsideInfo, Halflight and Blaine Stranger. Today’s release is the second part of a double single which includes a remix of Mefjus and Insideinfo’s “Pulsation” by Annix, teased two weeks ago by way of social media and a melodic banger by BMotion and Jack Mirror called “Lust.” Your EDM has the exclusive premiere of “Lust,” so let’s get stuck in.

What constitutes a “melodic banger,” you say? It seems BMotion and Jack Mirror have created a need for the term with “Lust.” Heavy, cinematic and dark with a melodic, ravey soundscape in synths and vocals, this track chugs along with a fervor so fast and raw that it almost leaves the dancefloor behind.

With multiple synth melodies, echo effects and an eerie yet beautiful instrumental section in the intro and break, the thing that brings the track together the most is actually the ethereal female vocal which sort of hovers over it all. The low-end synth and the unique, blown out snare-based beat roll more than anchor the track, and so “Lust” has a great runaway train sort of feel until it stops dead at the end with no discernable outro. It’s so fast and intense, steppers and skankers are going to have a hell of a time keeping up on the dancefloor but it sure will be a blast to try.

There’s only about six more weeks until Acts of Mad Man vol. 2 releases on December 13 and with the quality and intensity of the tracks we’ve seen thus far, it should stand to rival its predecessor from ten years ago. Keep an eye out for more teaser tracks as the release date approaches and in the meantime enjoy this unbridled “Lust” for music BMotion and Jack Mirror have created.

“Lust” and the “Pulsation” remix are out today, December 13 on Viper. Click here to stream or buy on multiple platforms.