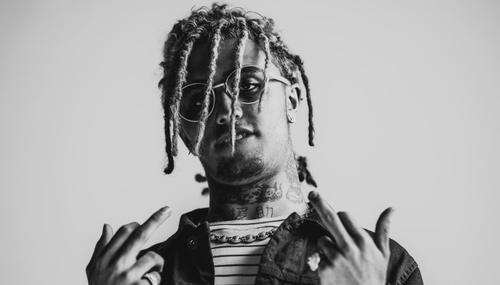 The phrase “Gucci Gang” wasn’t necessarily something that anyone thought would’ve entered the public consciousness by the end 2017, but here we are. Thanks to Lil Pump, the man who is responsible for that eponymous viral hit, has (for better or for worse) galvanized the next generation hip-hop listeners with his standout track. Despite what you may think about the emcee, his song is actually doing more good than some may realize, specifically for those in need.

However, it’s not totally Pump’s doing. YouTuber Graham the Christian took on quite the challenge as part his mission to raise money for charity: to say the phrase “Gucci Gang” 1 million times. I repeat: 1. Million. Times.

Though that kind task would more than likely crush mere mortals, Graham was able to persevere and complete the verbal trek to a milli in just over two weeks. An added and underrated part all this as well: he had to click his mouse 1 million times to ensure that his counter was accurate. His voice and finger must have been sore by the end it. View a clip his last 1,000 utterances the phrase below.

RELATED: Lil Pump Got His Crew Chains That Are Worth $350K

Graham used the stunt to raise money for something called Red Nose Day, which helps children in poverty. Even though he completed the challenge, you can still donate to this very worthy cause here. There’s no word on if Pump himself is aware the initiative or if he’s made a donation, but I feel like Graham will have a whole batch new fans from the rapper’s support base to call his own after this.