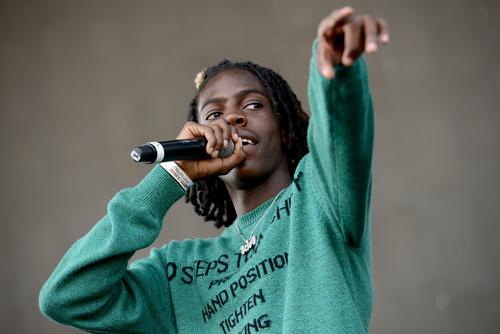 With a steady influx new talent coming onto the scene, it gets hard to pinpoint just which select voices to focus on. With the trend comes the decision for labels to capitalize and nab the most promising names. In the latest move, Atlanta’s Yung Bans has now inked a deal with Future’s Freebandz imprint in a joint venture with Young Scooter’s Black Migo Gang.

RELATED: Yung Bans Links Up With Yung Icey With “Out”

This comes as the most recent in a slew natable accomplishments for Yung Bans. This past year, he particularly made waves with his “Lonely” single, shortly after deciding to take his career seriously while in high school. A tender 18 years old, Bans finds himself in the company a host younger emcees taking hip-hop by storm. At the tail end 2017, he dropped f his self-titled EP, a quick and solid fering featuring appearances from Larry League and Smokepurpp.

“My favorite song that I made is probably ‘Lonely,'” he noted earlier in 2017. “I like the feel and vibe it give f. I like that song a lot. My engineer] played the beat, and the beat told me what to say. When] I started making the hook, it was more like a melodic hook and the words came clear with it. Sometimes the beat will come on and it’s trying to tell you what to say, but it ain’t clear. When I heard that beat, it was clear; ‘This is what I’ma say’. Every bar.”