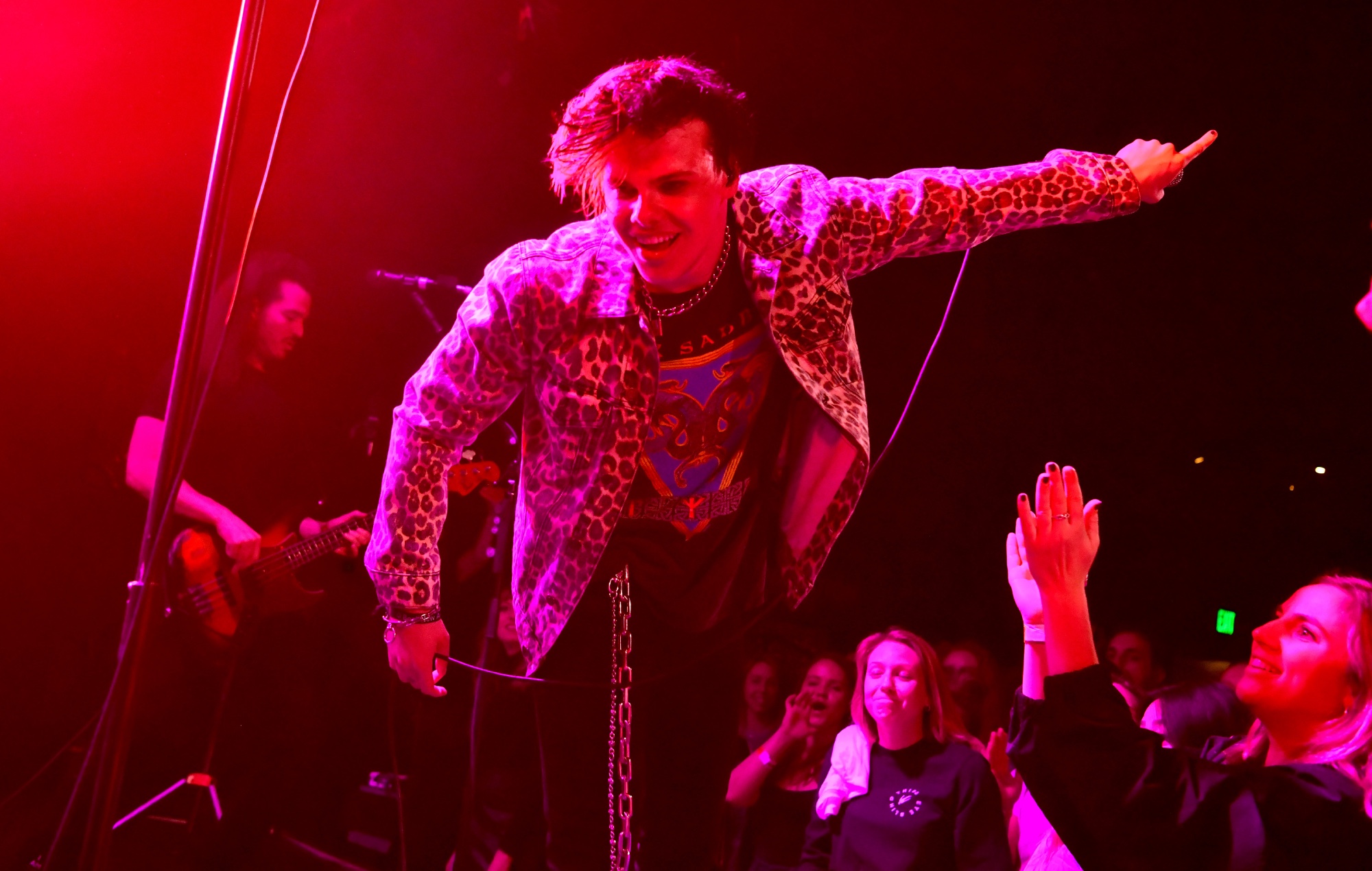 Yungblud has announced a last-minute free show in Los Angeles – see all the details below.

The Doncaster artist (real name Dominic Harrison) will take to the stage at LA’s Whisky A Go-Go venue this Friday (June 25) at 8pm. Entry to the all-ages gig will be granted on a “first there, first in” basis.

“if you don’t get in, ill see u outside afterwards ive waited so long for this moment,” Harrison wrote on Twitter tonight (June 23). “i can’t wait to see you my fookin family! tell yer mates.”

The announcement was accompanied by an official black and red concert poster – you can see the tweet below.

first there, first in. if you don’t get in, ill see u outside afterwards ive waited so long for this moment. i can’t wait to see you my fookin family! tell yer mates
🖤☠️🖤 pic.twitter.com/sgCsQlq6Rq

Yungblud’s appearance at the 500-capacity club in West Hollywood will mark his first performance to a live audience since the release of his second album ‘Weird!’ last December.

Harrison will hit the road in the UK this September, with the ‘Life On Mars’ tour continuing throughout October. Ahead of the shows, the musician will perform at Reading & Leeds 2021 in August.

Back in March, Yungblud took “a week offline” while he completed work on new music. “you’re in my mind every minute of the fucking day,” he wrote. “you’re my blud and guts. forever, always and a couple hours after that.”

The update came after the singer revealed in January that he had nearly finished writing an entire album’s worth of material over the course of the coronavirus-enforced lockdown.