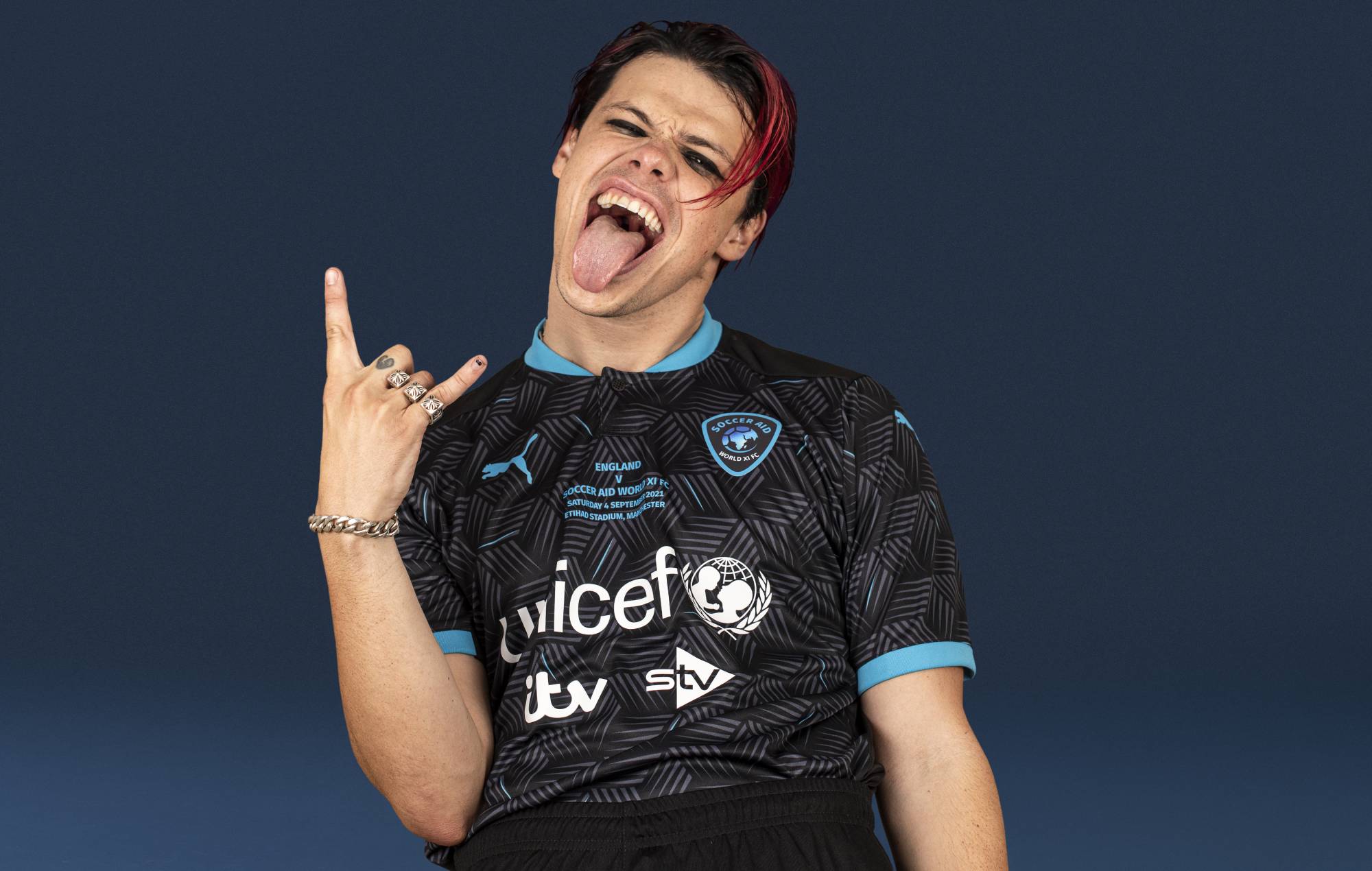 Yungblud will lace up his boots next month as he prepares to join the line-up for Soccer Aid 2021.

The Doncaster singer will join a squad that also includes the likes of Tom Grennan as they gear up to face a Soccer Aid World XI at Manchester City’s Etihad Stadium on September 4.

The match is in aid of UNICEF and will be broadcast live on ITV, with winners picking up the Soccer Aid trophy from David Beckham.

“It’s crazy to be taking part in Soccer Aid for UNICEF – I feel like I’ve been waiting for the call my whole life! Being asked wasn’t something I even had to think about – I said yes before I got the call,” Yungblud said of the honour.

“I can’t wait to get back in front of an audience. My fan base are my blood and guts so I can’t wait to see them at the Etihad Stadium. I know they’ll be showing their support by buying tickets to the match.”

He added: “I’ll be nervous but also excited walking into the stadium alongside some of my childhood heroes. Soccer Aid is such a cool idea and it’s for a great cause – UNICEF. Football is a lot harder than rock’n’roll for me. I think people are maybe expecting me to be on the pitch in a leather skirt and spike bracelet, but I’ll be out there trying to win the game.

“My grandad used to take me to see Donny Rovers every week when I was a kid, so football has always been a big part of my life. Football is so important because it brings people together, on and off the pitch and gives people a chance to express themselves, which is what I’m all about.

“Buy a ticket, make a donation or watch the match – you can be part of something really worthwhile.”

Meanwhile, Yungblud is set to begin his latest tour, which was rescheduled earlier this year, in Nottingham on August 6.