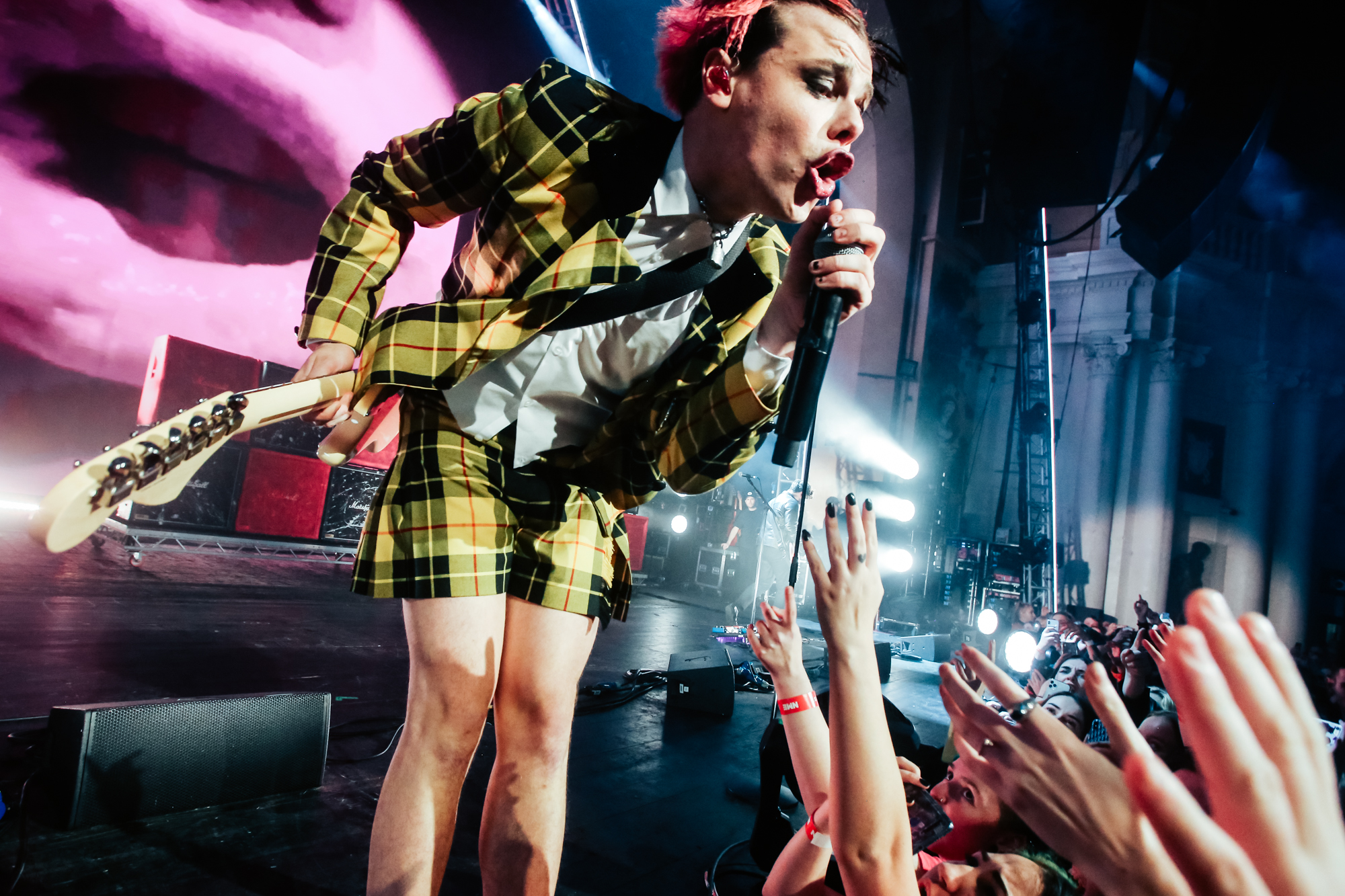 Yungblud looks set to unveil a new project this week – check out the video teaser below.

The Doncaster artist – real name Dominic Harrison – recently confirmed that his second album will be “coming out this fall”, and has so far shared the tracks ‘Lemonade’ (featuring Denzel Curry), ‘Strawberry Lipstick’ and ‘Weird’.

Yesterday (September 15), the musician posted a video message to his social media channels which seemingly signals the beginning of a new era. While details remain unknown, Yungblud said in the caption that “it all begins Thursday” (September 17).

The vintage-looking clip sees Harrison in various guises as he delivers a monologue asking, “What does it mean to be weird?”. You can watch the video below.

what does it mean to be weird!?
finally, it all begins thursday. it’s here. ill see you there. u ready? 🖤🧷🖤 pic.twitter.com/PxQxjZtE4l

“Is it a name of celebration? Is it a name of pain? I think that decision lies with us and us alone,” he says. “The thing about human beings is that we forget that we’re all 15 different people at any one moment. We don’t know which version of ourselves that we’re going to wake up to.

“I spent so much time fighting and silencing those people who made up who I am because I was afraid of what the outside world would think about me. If you remain silent to the people inside yourself then you’ll remain silent to everybody else.”

Yungblud goes on to encourage his fans to “embrace the strange, celebrate the abnormal and allow every part of yourself to speak, sing and run around in circles”, adding: “What does it mean to be weird? To be weird is to be different and extraordinarily free. To me, to be weird is the best thing you can fucking be.”

Speaking in a recent interview, Harrison described his forthcoming second studio effort as a “coming-of-age record”.

“But it legitimately explores the ideas of identity, of sexuality, of equality, of depression, of anxiety, of life, of love, of heartbreak, of everything,” he continued. “Me and my fan base, we’re coming of age together. I want to do it side by side.”

Meanwhile, Yungblud has been added to the line-up for next year’s Reading & Leeds festivals, which will be headlined by Stormzy, Catfish And The Bottlemen, Post Malone, Disclosure, Liam Gallagher and Queens Of The Stone Age.