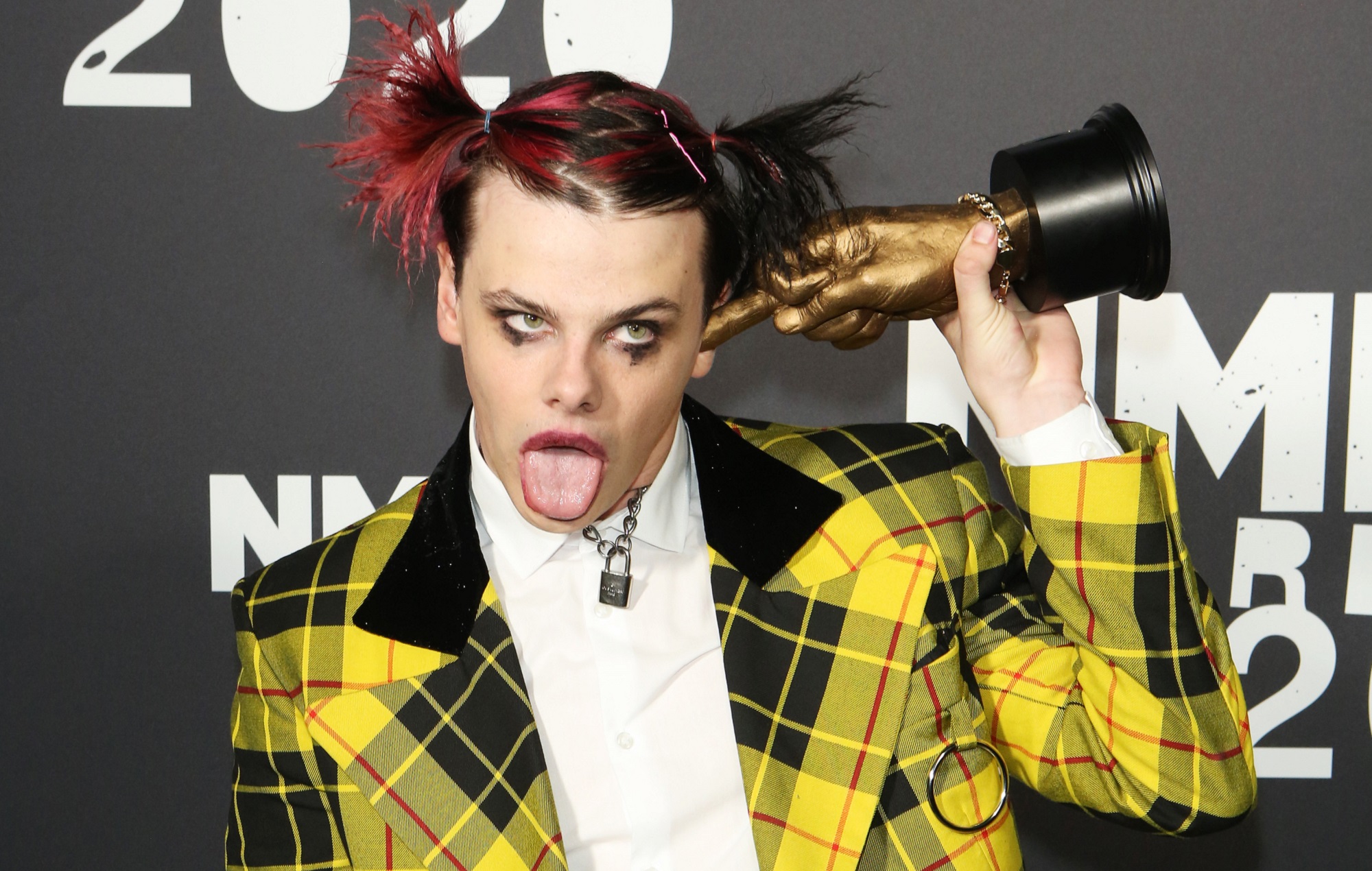 Yungblud has taken to social media to tease something new that is due to arrive tomorrow.

In a pair of tweets shared earlier this evening (July 6), the ’11 Minutes’ singer told fans he would see them tomorrow, but for what we don’t yet know.

“see you july 7th. tell ya mates. goodnight till then. look after each other. i love you,” he wrote, sharing a pair of photographs of himself with his hair dyed red. His message also included a strawberry and lipstick emoji squeezed in-between two black hearts.

His second tweet featured a clip of him in a Union Jack dress setting fire to a straight jacket. The video’s caption reads: “It’s time to step out of the 21st century.” The tweet featured a strawberry emoji and two black hearts.

See the tweets below:

see you july 7th. tell ya mates. goodnight till then. look after each other. i love you. 🖤🍓💄🖤 pic.twitter.com/DU8tLJOJWt

Whether it has something to do with a new album, a new album title, a new song, or something else, it is not yet known, but this isn’t the first time he has taken to social media to post about strawberries.

Back in 2018, he simply tweeted the word “strawberries,” to which a fan replied by posting a clip of Yungblud saying the word. See the posts below.

Also, in the opening seconds of his interview with NME‘s Andrew Trendell last year, Yungblud shouted out the word, “Strawberries!”

Last month, Yungblud announced the rescheduled dates for his UK tour after it was postponed earlier in the year due to the coronavirus pandemic.

The NME Award-winning Doncaster rocker revealed details of a UK tour in January, with shows kicking off on May 22 in Glasgow at Barrowland. He was also due to play five shows in London at the O2 Forum Kentish Town on May 26-28 and June 3-4.

Today (June 29), Yungblud took to social media to announce that the tour will now take place in 2021, starting with two dates at Nottingham’s Rock City on March 8 and 9. The tour will then roll through Glasgow and end with five dates at London’s O2 Forum Kentish Town.

The book will follow on from the Doncaster artist’s first graphic novel, 2019’s The Twisted Tales of the Ritalin Club, and serves as the second volume in the series. It was co-written by Ryan Sullivan (Turncoat, Void Trip).