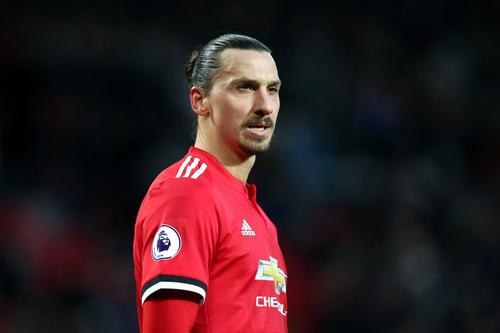 Swedish soccer star Zlatan Ibrahimovic has completed his move to the Los Angeles Galaxy. He made the announcement today with a five-word full page ad in the Los Angeles Times that simply reads, “Dear Los Angeles, You’re Welcome.”

According to ESPN FC, the 36-year old striker signed a two-year, $3 million contract with the Galaxy.

Ibrahimovic has not played since December 26th when he aggravated a knee injury while playing for Manchester United but has since returned to full strength and says he’s “ready to go now.”

“I am ready to go now,” Ibrahimovic told the newspaper. “First all, I’m there to play football. I’m not there for something else. My first objective is to play football and do what I’m good at.

“I’m excited to come over and to get the experience with the Galaxy and to explore how the football is there. I want to be part it and make it better.”

The Galaxy will host LAFC on March 31st, which could mark the date Ibrahimovic’s long-awaited MLS debut.

Over the course his illustrious career, Zlatan has netted over 450 goals for Sweden and a number clubs, including United, Paris Saint-Germain, AC Milan, Barcelona, Inter Milan, Juventus, Ajax and Malmo.