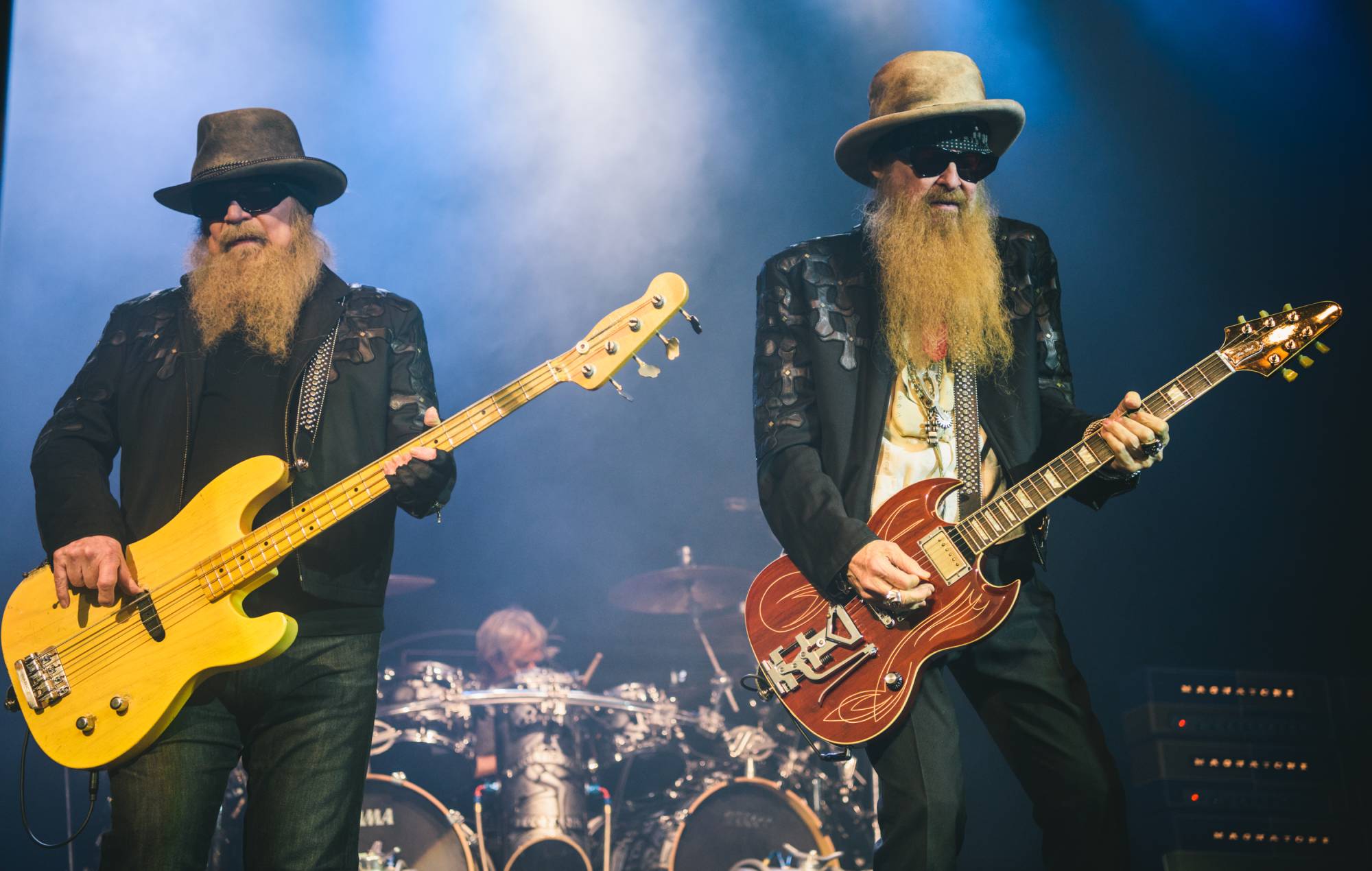 ZZ Top have announced the release of a new live album as well as a summer North American tour – buy your tickets here.

‘Raw’, set to be released on July 22 via Shelter Records/BMG, is an 11-track LP recorded for the trio’s 2019 Netflix documentary, That Little Ol’ Band From Texas.

The show’s setlist included the hits ‘La Grange’, ‘Tush’, and ‘Gimme All Your Lovin”, and deep cuts such as ‘Brown Sugar’ and ‘Certified Blues’.

“It was, in a very real way, a return to our roots,” Gibbons and Beard reveal in the album’s linear notes. “Just us and the music, no audience of thousands, no concession stands, no parking lot social hour, no phalanx of tour busses. Just us and the music.

“We knew right then it was a very special circumstance, all of us in the same place at the same time and what a time it most certainly was!”

They add: “It was as bare bones as when we first started touring in a behemoth Chrysler station wagon, driving vast stretches between those early far-flung shows under blackened Texas skies and first hearing our records on the radio. We were bonded as brothers.”

‘Raw’ is the band’s first release since the death of Hill, who died at home in his sleep last year.

In the liner notes for Raw’, Gibbons and Beard add: “‘The Dust’ may have left the building but he’s still very much with us.”

Check out the ‘Raw’ tracklist below:

In addition to the album, ZZ Top have also announced that they’ll embark on a North American tour this summer dubbed ‘The Raw Whisky Tour’. See the full list of dates below.

Tickets are on sale now, although their Boston gig goes on sale at 10am local time on March 18. You can get tickets here.

Meanwhile, ZZ Top recently sold all their publishing rights and back catalogue for an undisclosed fee. The group have sold both to BMG and investment firm KKR.

While financial details for the deal were not disclosed, it’s expected to have attracted a multi-million dollar deal with the group having sold over 50 million albums.